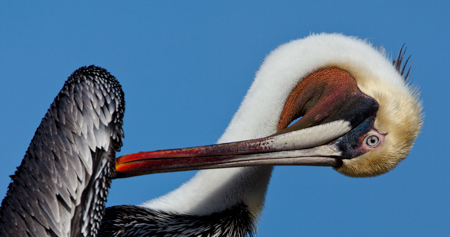 California Brown Pelicans (Pelecanus occidentalis) are one of my favorite birds.  They combine a distinctive mix of graceful flight with awkward clumsiness on land that make them so much fun to watch. January is the best time to view them because they are particular beautiful in their mating colors: bright red pouches, yellow heads and dark brown necks. La Jolla Cove in San Diego, California is a stunning place to view the flocks that gather there.

One of the unique aspects of Brown Pelicans compared to other pelican species is that they can dive from as high as 60 feet in the air to catch fish. The pelicans are protected from impact by a special network of air sacs under their skin, however the fish aren't so lucky.  These dives can stun fish for 6 feet underwater.[1]

Pelican pouches can stretch to hold about 3 gallons which is 3 times the amount their stomach can hold.  After catching a fish they will typically drain the water then swallow the fish head first.[1]

Pelicans choose their mates and stay together for the season. The female will pick the nesting site and build the nest while the males bring home the nesting materials. Both parents take care of the eggs and chicks. The chicks hatch bald and blind, but quickly grow down and then feathers.[1]

As I've visited the La Jolla pelicans I've often wondered why I see so many pelicans but no nests.  It turns out that their preferred nesting area are in colonies on uninhabited islands.  For the California Brown Pelican there are only two breeding colonies in the US: West Anacapa and Santa Barbara islands both in the Channel Island National Park.  The colonies are easily disturbed so they are off limits to humans. The Anacapa colony is not accessible and the trails near the Santa Barbara colony are closed from Jan 1 - Oct 31st.  Even boats are kept away since their noise and lights are known to alter pelican behavior and cause higher rates of nest abandonment.[2]

The brown pelicans are a conservation success story. Over the 20th century they were hunted for their feathers, killed by fisherman and their nests were raided for eggs.  However, nothing was more devastating than the pesticide DDT.  DDT thinned the shells of eggs causing them to be crushed under the parents weight.[1]  In 1970 of 552 nesting attempts on Anacapa Island only a single chick survived.  In 1970 Brown Pelicans were listed by the federal government as an endangered species and in 1972 DDT was banned from the US allowing the gradual recovery to began. In 2009, Brown Pelicans had recovered to the point that were removed from the federal Endangered species list.  Anacapa Island now supports an average of approximately 4600 nesting pairs. Santa Barbara Island did not have a nesting colony in 1970 but it now supports and average of 1500 pairs. [2] 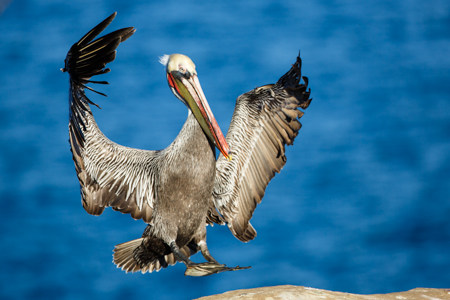 Start on the cliff area on top of the cave (near the Cave Store) in the morning not long after sunrise.  Once the sunlight hits the top of the cliffs the pelicans brilliant mating colors just glow.  You can watch them preen and stretch their neck.  Within an hour or so after sunrise some of the pelicans will fly back from feeding and land.

Pelicans are social creatures and it can be fun to watch the birds interact. On a recent trip a couple of  Sea Gulls started to squabble with one biting the others beak.  There was a lot of wing flapping as one tried to escape while the other hung on. This continued for a minute or so until a pelican waddled over to break it up.  Like a coach or teacher it closely monitored the seagulls for a bit to ensure things wouldn't escalate again. 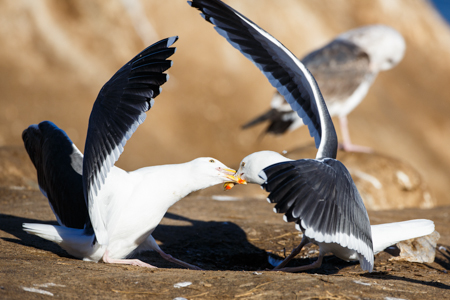 If you like photography capturing the pelicans on top of the cave in the morning light with the brilliant blue ocean in the background is spectacular.  I like to use a 500mm lens on a full frame DSLR however at times this is too much so you can easily get by with a shorter telephoto.  Sometimes the number of pelicans gathered together can overwhelm your photo.  A good strategy is to isolate a pelican against the blue ocean.  It is good to get a variety of photos from close ups that isolate part of the bird to wide angles that tell the story of the location and group shots.

Please be careful not to get too close to the pelicans.  I have heard stories of people getting too close and then scaring the pelicans away from the top of the cave for the rest of the morning. This disturbs the pelicans natural behavior and ruins the morning for others who traveled to see them.  In addition please don't climb down the cliff.  I once watched a famous professional photographer do just that.  While he was careful not to scare the birds already on the cliff.  The birds which normally fly in and land on top of the cliff decided to go elsewhere which prevented people on top from seeing the pelicans land.

Once you have finished viewing at the cave walk down the coast as you will likely see other places with pelicans roosting and flying by.

Other Sightings at La Jolla Cove 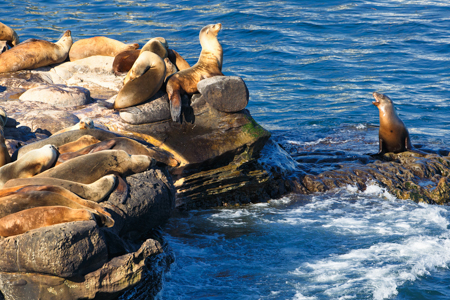 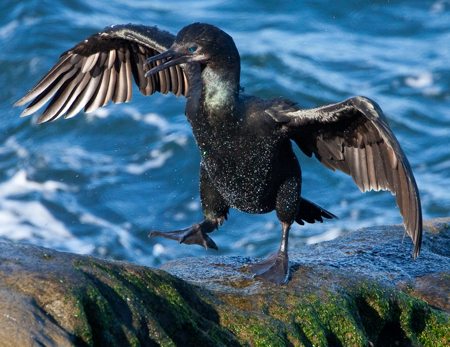 There are some vocal local ocean users who do not like the seals and sea lions in La Jolla. While the area offers some wildlife protection, more protection may be required from people who both intentionally haze and accidentally encroach on the wildlife.

Please consider stopping by one of the many local restaurants or shops during your visit and let them know you are there to see the wildlife.  Having the local business community profit from wildlife is one of the things that helps protect it.

If you like cold water snorkeling you may want to consider this spot as well.  Seeing the sea lions and seals up close from the water would be a great experience. Although I have not snorkeled in La Jolla I have snorkeled with sea lions in the Galapagos and it was an incredible experience.  Some of them would curiously get close then dart away at amazing speed. 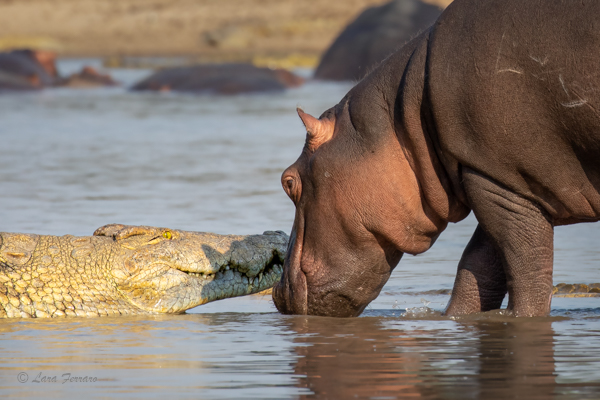 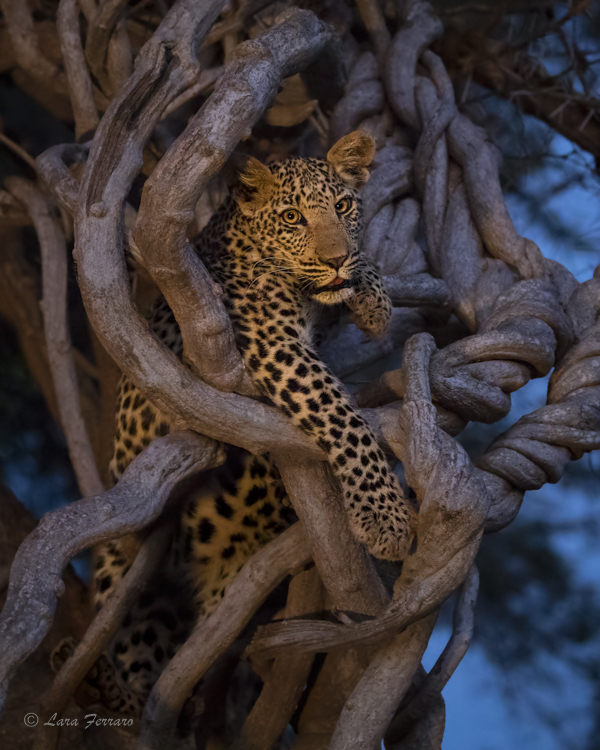